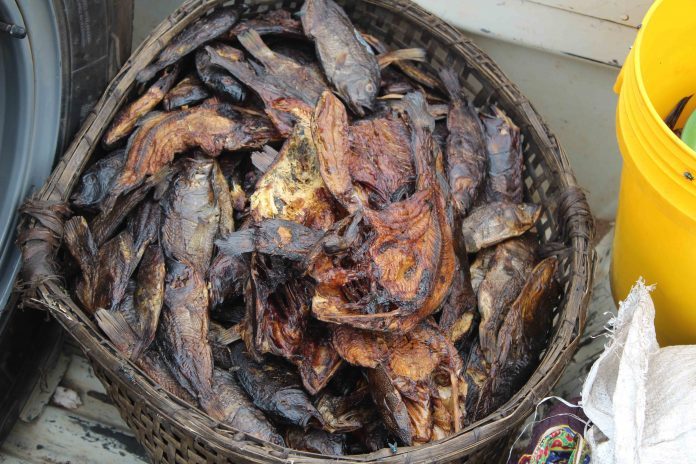 The Department of Fisheries in Kalabo District of Western Province has expressed unhappiness over the stance taken by locals to defy the extended fishing ban. District Fisheries Officer Nancy Mukelabai says it is regrettable that fishermen and traders have disregarded the ban despite being in force.

Ms. Mukelabai who is also District Agricultural Information Officer (DAIO) told ZANIS in a telephone interview that the move is against the Fisheries Act.

She however said her department lacks resources to intensify surveillance patrols and other enforcement measures.

One of the fishermen who spoke on condition of anonymity said that fishing is a lucrative venture through which the unemployed earn a decent living.

The fisherman lamented that it is not feasible to wait until May because swamps dry up by then.

Meanwhile, a trader who declined to identify herself told ZANIS that life has been unbearable in trying to put food on the table or pay children’s school fees.

A fortnight ago, local fish traders in Kalabo staged a peaceful protest against extension of the annual fishing ban.

This was after Government invoked a statutory instrument that extended the ban from 28th February to 30th April citing the volatile Cholera situation that has hit the country.

And in Kasama, the Ministry of Fisheries and Livestock in Northern Province has confiscated over 2000 Kilograms of different species of fish in a bid to enforce the fish ban

Confirming the development to ZANIS in an interview, Provincial Fisheries Officer Ramana Kayumu said this was after an operation conducted during the week.

Mr. Kayumu said the move is aimed at enforcing the fish ban which he said some members of the public are not adhering to.

He said the contra band was impounded during an operation conducted in Mbala and Luwingu districts.

Mr Kayumu stated that a total number of 2700 Kg of fish was confiscated and Buka Fish was among the highest number of species seized.

He disclosed that about 9 fish traders were apprehended during the operation and are due to appear in court soon.

Mr. Kayumu has since called on members of the public to comply with the fish ban in order to avoid being in conflict with the law.

Meanwhile, In Itezhi Tezhi, the Magistrate Court in Central Province has fined two men K2, 000 each for defying the fish ban.

Magistrate Keggan Litia slapped the sentence on Vinegar Luwaya and his son Kaumba Luwaya for being found in possession of fish during a fish ban, an offence contrary to section 18 of the fish ban Act Cap 200 of the Laws of Zambia.

Particulars of the offence allege that on 21 February 2018, in the Itezhi Tezhi district of Zambia the duo both residents of Chibolya Compound in Itezhi Tezhi had in their possession 39 Kgs of fish.

The duo readily pleaded guilty to the offence and where convicted upon their own confession.

Facts of the case are that officers were on duty on 21 February 2018, when they received a report that the two had fish.

Acting on this report, the Police from Itezhi Tezhi apprehended and later charged and arrested them.

In Mitigation, Mr. Vinegar Luwaya said he was a widower who was looking after eight children and if imprisoned, the children will suffer.

He also stated that he sustained injuries on his body as he was trying to escape from being apprehended by the police while Kaumba Luwaya prayed for maximum leniency stating that he was equally a widower stressing on Anti-Retro Viral Therapy (ART) and that he is looking after several children.

In passing judgment, Magistrate Litia said he had paid attention to all their mitigations.

He said “the government means well when they enforce fish ban so that fish can breed and that when the ban is lifted, there can be plenty of fish that can be harvested and enjoyed,” he said.

Magistrates Litia then ordered the duo to pay a fine of K2, 000 each in default three months simple imprisonment.