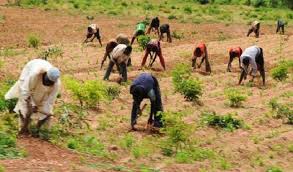 Contract farming has been a central part of agriculture for decades. This method of farming is playing an increasingly crucial role in many developing and agrarian countries.

Globally, contract farming is described by the Food and Agriculture Organisation (FAO) of the United Nations (UN) as an agricultural production carried out according to an agreement between a buyer and farmers, which establishes conditions for the production and marketing of a farm product or products.

The benefits of contract farming to farmers are enormous. Contract farming often introduces new technology and also enables farmers to learn new skills while investors or sponsors assure contracted farmers ready market and fixed price for their produce, which makes it more profitable.

Contract farming can open export market for smallholder farmers especially in rural areas because investors or off-takers are more focused to deliver their produce to international market, as investors or buyers train contracted farmers on international standards.

However, contract farming brings expansion of the markets, the promotion of agricultural commodities as a means of raising income, as well as being an alternative method for solving agriculture problems for households.

According to World Bank, contract farming has been proposed as an avenue for private sector to take over the roles previously served by the government in the provision of information, inputs or credit for small-scale farmers in developing countries.

Typically, the beauty of contract farming is that the farmer agrees to provide agreed quantities of a specific agricultural product. These should meet the quality standards of the purchaser and be supplied at the time determined by the purchaser.

In turn, the buyer commits to purchase the product and, in some cases, to support production through, for example, the supply of farm inputs, land preparation and the provision of technical advice.

The Chief Executive Officer of Boluwajoko Golden Solutions, Boluwajoko Gbenga, said that contract farming is springing up in the country but at a very slow rate, adding that it is one of the ways to stabilise price of farm produce year round.
He said there are some agric produce that are common with contract farming, including maize, cashew, sesame, castor, cotton, pineapples, broiler, cocoa, mushrooms, rabbits, snails, sugarcane, tumeric, scent leaves, pig and goat farming, among other agricultural produce.

He explained that since the farmers do not need to look for market with contract farming, the off-takers mop up all good produce that meet the terms and conditions, hence, farmers just concentrate on farming improvement.

He added: “To be successful in this business, a farmer or prospective farmer can make good money from contract farming if he or she undergoes mandatory paid training in order to set up the farm and sell back to the custodian of the project because it must be done according to sponsor’s specifications and bought back at an agreed fixed price with terms and conditions.”
Speaking on the advantages of contract farming, he said it helps farmers to sell all good produce at once, it relieves farmers the stress of building storage facilities, prevents produce from damage during the harvest period, helps farmers to sell in bulk, helps farmers to collect bulk payment and exposes farmers to new technology in their field.

Experts said increasing attention has been given to whether contract farming can provide small farmers with improved income or sufficient protection from incurring losses than non-contract farming.

However, several factors can be identified that are common to all successful contract farming operations. These include market orientation of enterprises, value-added specialised products, an export focus of enterprises, larger commercially-oriented farmers, and contractual agreement on pricing.

In some African countries, for instance, Kenya, farmers and buyers/sponsors are said to be making millions of dollars all year round. The farmers are mostly smallholders. Nigeria needs more people, companies and individuals to engage in contract farming to reduce unemployment and poverty among rural dwellers. 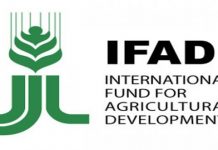