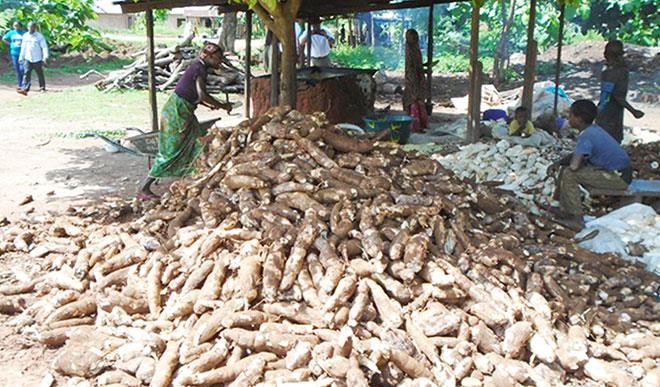 The Minister of Agriculture and Rural Development, Chief Audu Ogbeh, said the country is targeting to reap over $5billion annually from cassava production in the next few years.
Ogbeh disclosed this on Thursday in Abuja at the National Cassava Summit with the theme; “Towards $5 Billion per Annum Cassava in the next Five years”. He also said that Nigeria’s Agriculture has been neglected over the last 30 years but now the sector has the potential to employ more youths and improve foreign exchange.
‎Ogbeh expressed concern over the poor number of farmers accessing credit facilities in the country and said that the Federal Government would enhance and strengthen the Bank of Agriculture to allow farmers access to credit facilities at 5 to 6 per cent interest rate. Adding that, “Most of the Commercial Banks give loans to farmers at 28 to 30 per cent interest rate. How do farmers grow with such a high interest rate and make profit? We have to intensify efforts to address this problem in order to meet our target because earning in cassava industry is so high”. The Minister however urged research institutes like the International Institute of Tropical Agriculture to include vitamins in cassava in the next research work to balance its nutritional content‎ and better consumption.
Also speaking at the Summit, Prof. Lateef Sani of the Federal University of Agriculture, Abeokuta, said the industry has the potential to create million of jobs across the country through its Value Chain. He stated that “By 2021, Nigeria cassava industry will represent over 5 billion dollars, spur rural industrial development, generate millions of new jobs and create wealth for over 45 million people.
It was also revealed  by the National President, Cassava Growers Association of Nigeria, Adewumi Segun, that the association has acquired 15,000 hectares of land in Ekiti for cassava programme.