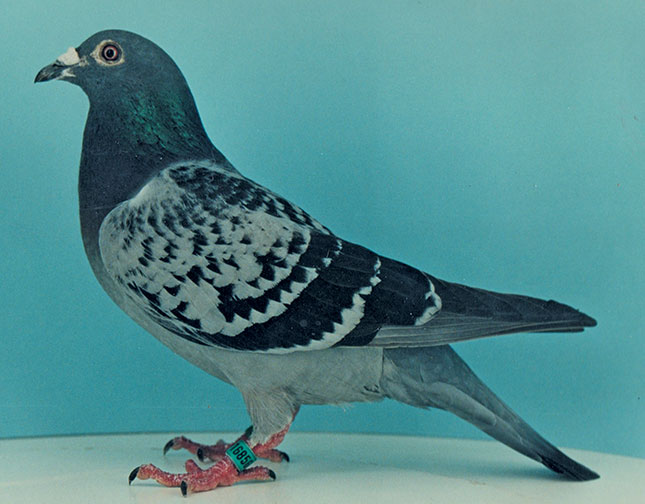 The importance of good genetics in racing pigeons cannot be understated. The foundation stock of South Africa’s renowned pigeon racing loft, Kitchenbrand’s Loft, is a case in point.

Co-owned by Mark Kitchenbrand, the Kitchenbrand’s Loft’s Ace Pigeons are bred for performance and speed, and the loft’s incredible gene pool is sourced from the best genetic stock worldwide.

The genetic strength of top racing pigeons will secure results on race day. As such, ambitious fanciers are continuously on the hunt for top genetic pigeon stock, which results in them often purchasing offspring from the same foundation stock.

Therefore, the genetic composition of champion Olympiad pigeons in Germany, Belgium and the Netherlands, for example, may often intertwine, making them distant relations of each other.

Because they are also sellers, the offspring of foundation pigeon stock owned by top breeders such as Pieter Veenstra, Jan Hooymans, C&G Koopman (Dutch champions), Alfons Klaas, Hardy Krüger, and Gaby Vandenabeele (Belgian champions), are bred into the racing pigeon population by them and various other buyers. 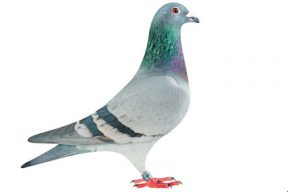 Speed
Olympiad pigeons are categorised according to the following: best sprint-, middle-, or long-distance racers, and all-rounders. However, regardless of the distance, the pigeon that flies the shortest route home, at the highest speed, will always be the winner.

Bred in SA since 2008, Birdy’s offspring are amongst the world’s most powerful hereditary transmitters, producing top results: Birdy’s first six direct offspring all bred multiple first prize winners. Four of her direct offspring were in the top 200 in the 2011 Sun City Million Dollar Race.

While Kitchenbrand thus has access to Birdy’s superior genetic line through her offspring, he recently acquired some of Stefaan Lambrecht’s sprint pigeons, currently the fastest pigeons in the world.

None of their direct offspring have been put on sale.

Key genetic links
As a result of their outstanding genetics, Harry and Birdy’s progeny should be phenomenal racers. Both Harry and Birdy are related to renowned pigeon foundation stock: Harry was bred from the genetic foundations of C & G Koopman and Gaby Vandenabeele.

Birdy’s dam is closely related to the same Louis van Loon and Janssen brothers pigeons used in the formation of the C & G Koopman genetic pool. In SA, Birdy was mated to top bird, Zander, bred by

Birdy’s offspring with Zander thus have a golden link to the Janssen birds, as the base birds in the Veenstra loft also connect with this line.