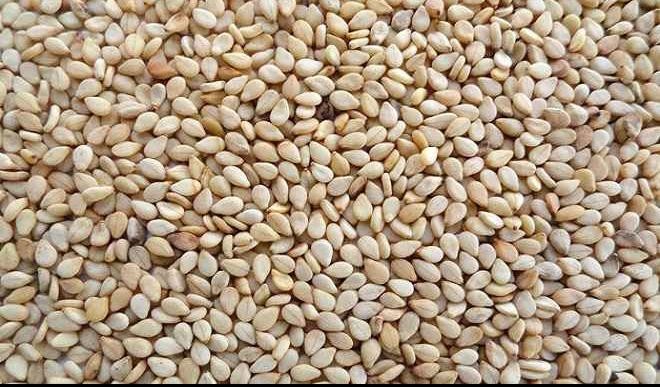 He listed local government areas that are major producers of  the crop in the state to include Sabon Birnin, Isa, Wurno, Dange Shuni, Tureta, Tambuwal, Goronyo and Sokoto North.

The chairman however lamented that “We are facing challenges especially in patronage. As it is now, only some contractors from Kano come to buy from the farmers. They export it to other countries without even the knowledge of the association.

“Farmers can benefit more when such transaction is done in a formal manner with government for maximum benefit.”

According to him, every three weeks, three trailer loads of sesame leave Sokoto for Kano.

“We are appealing to the state government to invite foreign investors who can buy in large quantities instead of keeping the produce in our storage facilities,” he appealed.

At the sesame depot at the Sokoto Central Market, one of the major suppliers, Alhaji Umaru Bello Maradi, said they get supply from sesame producing LGAs such as Dange Shuni, Wurno, Isa and Tambuwal.

Maradi noted that sesame hardly gets spoilt unless when placed on a wet surface.

According to him, their customers are mostly those who use sesame in making snacks and soups.

The traders also noted that some people buy sesame for its health benefits.

However, the farmers’ association chairman, Alhaji Falke Tambuwal observed that the procurement of sesame seeds for industrial use attracts more market and export earnings.

Shedding more light on sesame seeds, also known as ‘survivor plant’, he described it as one of the easiest and rewarding crops to cultivate.

“It can be cultivated three times in a year, and requires less fertilizer and just one round of weeding and tending. Graphically, the first round of planting and harvesting falls between July to September; the second round is October to November and the last planting and harvest is from January to March.

“The plant, unlike other crops, requires moderate watering so that during the rainy season, a farmer does not need to make use of water pumping machine,” Tambuwal said.

He added that “A farmer makes use of tractor to harrow the land, plant the seed or just spread it around and wait for three weeks when it grows to an appreciable level. You then uproot the clustered plants to give room for rapid growth.  Manure or fertilizer is then applied, but manure is preferred, you allow the plant three weeks intervals for watering. After 70-75 days from planting, the seeds are ready for harvest.”

Falke pointed out: “One funny thing about sesame plants is that cows and other grazing animals don’t eat it. They can only trample on it and move on. It could be the sticky feature which makes it difficult for animals to chew.”

On seedling, the chairman said they recently got support from federal and state governments.

“Recently, the Minister of State for Trade and Investment, Aishatu Abubakar, paid a visit to Sokoto where she launched a sesame programme and distributed seedlings to the farmers.

“The minister was in company of the national chairman, Sesame Seeds Farmers Association and promised to do something to assist us,” he said.

He said that all the local government branches of the association benefited from the seedlings provided by the state and federal governments.

Falke added: “Seedlings should be sourced for farmers through collaboration so that after the harvest, the individual or company involved can buy directly from the farmers for maximum benefits.”