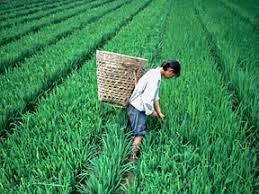 Indeed the world has shrunk into a global village and as such, technological developments taking place in any advanced country becomes known instantly, which help other countries like ours to adopt and follow their techniques to remain updated. One of such countries is Israel, which is characterized by topographical variations and a wide range of soils, enabling the growing and raising of a variety of crops and animals. A large increase in population immediately after 1948 required a rapid increase in food production, followed by the development of research and extension facilities and services.

In recent years Israel, like many other countries, has faced difficulties in continuing the supply of services it previously provided. This difficulty led agricultural organizations to begin assuming the responsibility of partially financing extension for a few years, and later trying to reflect the cost into the farmers. Farmers are apparently willing to pay for on-farm extension visits. This system operates successfully, aided by reports that are filed electronically by agents all over Israel to the Floricultural Department Head Office, and from the Head Office to the Flower Board. Advantages of the new system being a tremendous increase in agent-to-farmer commitment; the professional level of agents remains at least the same as before; and the financial situation of the majority of agents is better than before. The disadvantage is that some farmers are consuming less extension than before.

Similarly, California’s land grant extension programme has been successful in assisting agricultural Industries develop as major world producers. Extension has been a leader in facilitating quality-of-state. However, population explosion has transformed California into an urban state, with changing societal issues, values and priorities. Agricultural extension programmes continue to directly serve a declining number of clientele that represent less than 1.5% of the population. Financial support for extension is decreasing at the country and state levels, thus such models used  in SAU could be catastrophic and need change.

As far as Horticulture sector is concerned, Iran has marched ahead in this field and is one of the world’s top ten horticultural producers. However, post-harvest losses in Iran are six times greater than the world average. Even after establishing an agricultural extension service, Iran still experiences great problems in reducing post-harvest losses. Results revealed that education, material possession, mass media exposure, extension contact, scientific orientation and risk preference were significantly and positively correlated with the knowledge level of farmers pre- and post training. Its model can be adopted after attempting to contain post-harvest losses so that horticultural potential could be exploited and harnessed to improve the economies of developing countries.

From the study of advanced countries of the world, it has emanated that the attitudes of the farmers have been significantly and positively related to education, organizational membership, land holdings, contact with extension agent, mass media exposure, socio-economic status, awareness, income and material possession. Lack of proper technical knowledge, lack of irrigation facility and high cost of fertilizers/chemical can be the retarding factors to reduce the level of production of agricultural products. Hence, we must lay emphasis on the adoption of models of agriculturally advanced countries of the world so that hackneyed methods are discarded and agricultural base revolutionized to become responsive to our present and future needs in Nigeria.

Experts suggest replacement of top down planning with grass root planning, improved seeds and extensive participation of farmers
In India, the impact of National Agricultural Research Project (NARP) (1986-92) revealed that technologies generated were few and adoption rate not high, even then an estimated monetary benefit of Rs. 2000/ per hectare was observed. Low relationship between technologies developed and adopted  a mixed farming technology capsule as 65% of farmer’s are small and marginal farmers.

With launching Operation feed the nation’, we witnessed green revolution, freedom fromÂ hunger, but we have not been able to sustain those benefits. We have to look for alternate options for the executionÂ of research and develop database for patent formulations. We need replacement of top down planning with grass root planning. And more farmer’s participation reduced risks. Research in past, cantered on improved seeds, irrigation, and chemical use.

Extension education, dissemination of information to farmer has to be the first concern of the public and private establishments and planners. Bird’s eye viewers have to be replaced with visionary professors and professionals.

Farming and farm business shall be the first ranking scientific. Our polity should be Independent and self-conscious farmers, with records of annual balances, gains and losses, risks and benefits.

We shall have to bring self-reliant proud farmers trained & well versed in Agric-business. We need to stop WTO restrictions or options till our farming and farmers are not completely knowledge driven and economically resourceful to face the global farming competitions.

Four paradigms of Agricultural Extension consists of Technology transfer, prevalent since colonial times. It involves top down approach. Its role needs discussion. The second paradigm called Advisory work is what is the present system of extension, where, government agencies, NGO and technical industries respond to farmer’s inquiries which we call advisory role. The third paradigm consists of Human Resource Development. This innovation helped Europe and North America. The Universities gave training to rural youth. It is these educated, trained youth, which became future farmers in developed countries. What is known as outreach system of colleges and universities is still unknown in our Agricultural Research System including Agriculture Universities.

As Nigerians, we must remember that agricultural developmentÂ programmes often produce unexpected results as we have come to know from the history sheet of several countries of the world. This can be attributed to the fact that the target farmers already have their own knowledge and competencies that determine their practices. In order to improve their knowledge, it would beÂ appropriate to adopt models of those countries, which have earned laurels in different sectors of Agriculture. Our economy was once agricultural-based, so this sector needs to be given due thrust, especially after having failed to revolutionize Industrial sector in Nigeria

This website uses cookies to improve your experience while you navigate through the website. Out of these cookies, the cookies that are categorized as necessary are stored on your browser as they are essential for the working of basic functionalities of the website. We also use third-party cookies that help us analyze and understand how you use this website. These cookies will be stored in your browser only with your consent. You also have the option to opt-out of these cookies. But opting out of some of these cookies may have an effect on your browsing experience.
Necessary Always Enabled
Necessary cookies are absolutely essential for the website to function properly. This category only includes cookies that ensures basic functionalities and security features of the website. These cookies do not store any personal information.
Non-necessary
Any cookies that may not be particularly necessary for the website to function and is used specifically to collect user personal data via analytics, ads, other embedded contents are termed as non-necessary cookies. It is mandatory to procure user consent prior to running these cookies on your website.
SAVE & ACCEPT