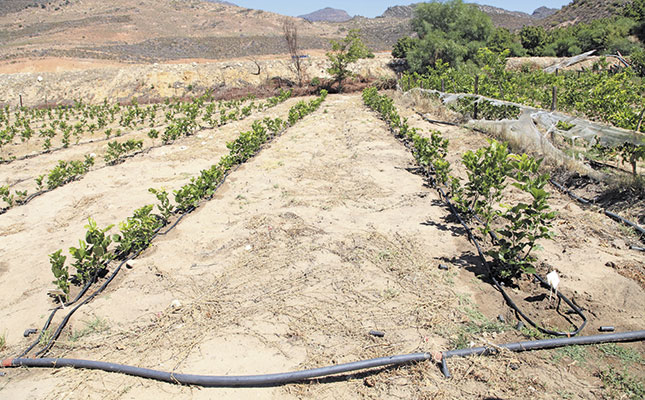 Christo Smit, a former researcher at the Agricultural Research Council, is working on developing a sustainable biofuel industry from the diesel tree.

The South African government lost interest in biofuels when oil prices fell from about US$150 (approximately R1 780) to $40 (R474) a barrel at the start of the global recession in 2008.

Christo worked as a researcher on alternative crops at the Agricultural Research Council until his retirement in 1995, then started his own nursery near Citrusdal in 2000.

Here he is carrying out trials on the diesel tree (Millettia pinnata), so named as diesel can be extracted from its seeds through pressing, to select the best plant material grown from imported seed.

“The market might not justify biofuel production yet, but in a few years, rising concern over greenhouse gas emissions and looming carbon taxes might force South Africa to use more environmentally-friendly fuel sources.

It’s better to prepare for this eventuality than to wait for it to be thrust on you,” he says.

An added advantage is that the diesel tree would give farmers an opportunity to diversify production and mitigate climatic risk.

“Diesel trees perform best when planted in good-quality soils, but they’re more saline-resistant than most other crops, making them suitable for marginal soils.”

The same mills used for pressing soya and sunflower could be commissioned to press diesel tree oil seeds.

“In Australia, producers in the same neighbourhood often join forces to set up a mill,” he says.

To be used as biodiesel, the oil component of the product has to be esterified (purified, in simple terms).

The straight oil (raw un-esterified but cleaned oil) may, however, be used in specially adapted diesel engines for electricity generation or pumping water.

Finding the right plant material has been a challenge, but Christo managed to obtain some from a nursery in Gauteng 10 years ago.

However, the trees did not produce high yields and the pods were bitter, which would render oilseed press cake, a byproduct of the production process, unsuitable for the feed market.

The nursery closed down after a while, so Christo had to source plant material from abroad.

Attempts to obtain seed from high-quality genotypes used for commercial production in Australia and India proved unsuccessful as these countries were unwilling to share trade secrets.

“Diesel tree seed are heterozygous, so you don’t really know what you’re getting until the trees are in their second or third leaf.

Some of the trees produce plenty of oil, while others struggle to flower.

I was looking for plant material that produced bunches of pods, as this is associated with higher oil volume, as well as seed that wasn’t bitter,” he explains.

Eventually, Christo managed to make contact with a nursery in Islamabad, Pakistan, that went out of its way to accommodate him.

It sourced seed from the type of trees he was after, helping to ensure that it contained at least some of the genetic characteristics of these trees.

They also supplied him with cuttings last year, but none of these survived as they arrived in South Africa in winter, and Christo does not have heating facilities to stimulate root development.

“I didn’t realise the cold would be a problem when I ordered the cuttings,” he admits.

With some seed that arrived two years ago, Christo started selecting material based on its physical appearance.

By chance, he discovered that seed with a high oil content tends to float, while that with a low content sinks.

So he removed all the seed that sank as well as all the small seed from the selection.

He then treated a batch of the seed with hot water to induce germination, and gamma-irradiated it in an effort to produce varieties with low levels of the bitter flavonoid substances.

From there, the seed was planted out in a trial aimed at selecting the best plant material, based on the bunching habit of the trees, the bitterness of seed, and the growth and flowering habits.

Although keen to establish more seedlings in 2017, Christo decided to wait for the drought to end.

The region has been receiving below-average rainfall for the past three years, and has been subjected to severe water restrictions over the past year.

“I planted the seed closer together than one would do under normal conditions, in order to obtain a larger population with increased chances for getting useful selections,” he says.

“Millettia plants out well, which makes it easy to remove weak seedlings and transplant seedlings with high potential.”

Christo uses the Australian biofuel industry, of which M. pinnata is an important component, as a model for what he would like to achieve.

According to him, biodiesel production in that country increased nearly ninefold between 2005 and 2009, from 21 million litres to 180 million litres, and is becoming increasingly popular.

“For an industry growing this strongly, there must be a strong enough profit incentive,” he stresses.

The vigour of the trees is comparable to that of citrus trees.

To enable mechanical harvesting and convenient tree skirting, trees are planted in hedgerows at a relatively high density of 357 trees/ha, at an intrarow spacing of about 4m, and interrow spacing of 7m.

Christo says the trees initially had drooping branches, similar to the shape of a weeping willow, and had to be pruned to a box shape just after harvesting to optimise pod set.

The pods are harvested in spring, around October, when the trees shed their leaves while retaining their pods.

In Australia and elsewhere, a variety of pod harvesters are employed; these include machines used in the olive and tree-nut industries, such as the Colossus and umbrella-type harvesters.

The trees are able to withstand some water stress, but need access to supplementary irrigation, as most areas suitable for Millettia production in South Africa do not get enough rainfall throughout the year.

Christo says that oil yields are relatively high: “According to Australian literature, oil yield averages between 10t/ha and 15t/ ha under dryland conditions in Queensland, and as high as 18t/ha under favourable production conditions. Palm oil production, in comparison, averages around 10,5t/ha, while Jatropha production averages 9,5 t/ha.”

Christo is also branching out in other directions; he has produced three new commercial granadilla cultivars and is developing a large fruited pecan selection and cold-tolerant papaya hybrid. 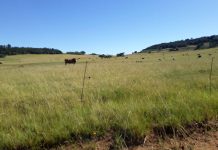 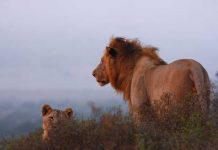 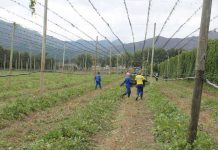