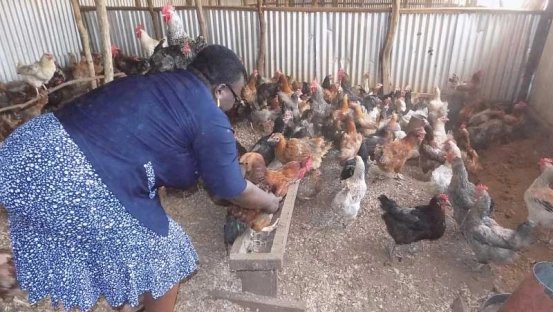 The other day I woke up to some good news from Anthony, who works at the Kenya Agriculture and Livestock Research Organisation (Kalro) in Naivasha.

“You can collect your order in two weeks,” he told me.

I, therefore, sent him immediately a deposit of Sh15,000 via mobile money for purchase of 300 day-old chicks.

Three weeks ago, I recounted how my loyal dog went berserk and mauled 130 mature hens that I had planned to use as breeding stock.

I was left with only 50 and it became uneconomical to invest in a new machine for hatching eggs. I’d planned to buy a 5,000-egg capacity incubator.

Here’s why the maths didn’t add up. Before the killing, I had expected to get about 300 eggs every week meaning that the machine would have operated below capacity with 50 birds.

I also have a policy of not sourcing fertile eggs from external suppliers unless I’m very sure about the quality of the production systems. A machine of the capacity I’d planned to buy requires 1,000 to 1,500 eggs every week.

After the disaster, I was left with few options. These were to either close down the poultry venture altogether or to focus only on rearing ornamental birds like turkeys, guinea fowls, peacocks and geese.

Another option was to bring in a new batch of chicks and start the production cycle all over again.

After getting Anthony’s confirmation, I opted to bring in a new stock. The last time I made an order for 500 day-old chicks, they were delivered after six months.

I was, therefore, relieved to know that this time round, I wouldn’t have to wait for long.

I instructed Caleb, my farm manager, to start the preparations. He first cleaned the chicken pen with soap and water before disinfecting it.

Cleaning and disinfecting chicken coops before bringing in a new batch is important to break any infection cycle in the unit (Seeds of Gold, May 20 and May 27). He also cleaned and disinfected the drinkers and feeders.

He then made a brooder guard. This consisted of three cartons with a combined diameter of about 4m and a height of 1.5ft. According to experts, a brooder of this size is adequate to house 500 chicks. A brooder guard ensures that heat is not lost through the ventilation.

Another thing he did was to provide a source of heat. Brooding requires supplemental heat because in the first two weeks, chicks are unable to regulate their body temperatures.

Unlike the last time, I now have electricity on the farm. What Caleb did was to connect two infra-red light bulbs to provide heat and light.

The last time, I used a charcoal jiko to provide heat. Apart from the risk of carbon monoxide poisoning, I spent Sh17,000 on charcoal alone in the two weeks. In addition, I had to buy lamps and paraffin for lighting.

In fact, I lost about 29 chicks in the first week which was way above the two per cent mortality rate that experts project under proper management.

This time round, I’m determined to keep the mortality as low as possible. To ensure this, I’ve developed a 10-point checklist of things I need to have in place for seamless brooding.

Apart from what I’ve described above, I added into the water chick formula (multivitamins), glucose and liquid paraffin, which aids in digestion.

I used chick formula to boost their immunity and relieve the stress resulting from transporting the chicks from Naivasha to my farm in Njiru on the outskirts of Nairobi.

I realised that the chick formula I bought contained dextrose, so there was no need to add glucose again to the drinking water.

Another thing I did this time, which I didn’t do the last time, thanks to the checklist, was to disinfect the wood shavings by mixing with a powder known as Staldren.

For now, I’m keeping my fingers crossed that all will be well.