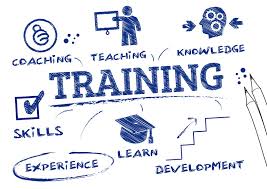 The shearing industry is anxiously waiting to see what short-term training formula Primary ITO comes up with to replace programmes it has ended.

“They’ve thrown out something that might not have been working very well but it was working and there’s nothing else in place.”

Primary ITO is now considering developing a suite of micro-credentials or bite-size learning to meet the challenges of an industry where seasonality, worker mobility and the lure of better paying jobs in Australia work against full-year or multi-year qualifications, chief executive Linda Sissons said.

Primary ITO is waiting for Government decisions on the approval and funding of micro-credential trials.

That type of learning enables more flexible and faster recognition of knowledge, skills and experience in the workplace, Sissons said.

“The enduring commitment of the industry leaders to credentialised training deserves an imaginative and flexible response by us as the standard-setting body.”

The industry is very keen to see what is proposed, Abbott said.

“Right now we’re not sure what track the industry’s on because we haven’t seen any detail. We’re disappointed the way things have gone so far.”

Ahead of something definite from Primary ITO there is a lot of talk about the industry needing to get shearing training up and going on its own account.

He has some sympathy for the Primary ITO, saying it had to work within the Government’s funding constraints because the funding model doesn’t suit the way the industry works, with shearers moving from farm to farm on contract to different farmers each time.

Abbott made the same point in his report to the wool classers’ annual meeting in Christchurch in early May, saying the fact is “our industry does not fit the mould that is set by Government and unless there is more input from the wool industry we can only see the problem recurring”.

Of major concern is that official plans for training appear to cover strong wool but training programmes for the fine wool appear to have been put on hold indefinitely.

There has been more progress in development of the Certificate in Wool Technology, through the Telford and Taratahi arrangements. About 30 people have enrolled for this year’s programme, which can lead to qualifications for wool classing, as well as careers in the wider sector, such was with merchants and brokers.

An advisory group has been set up to assist Taratahi deliver its programme.