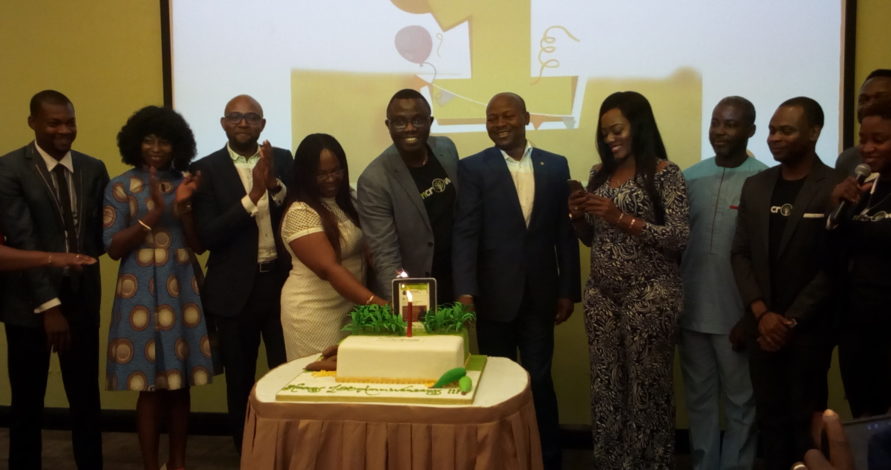 The first Digital Agriculture Platform in Nigeria, Farmcrowdy, with focus on giving people the opportunity to invest in Agriculture, recently celebrated its first year of launching in Nigeria.

The initiative which started from a single farmland in Oyo state, Nigeria with about 5000 day-old chicks, now boasts of over 4000 farmers across eight states of the federation.

Farmcrowdy is reshaping the way in which people participate in farming and food production, through using their online platform to source funds from sponsors, whose money is used to secure land, plant crops and meet the funding needs of boosting food production with small scale farmers.

Farm Sponsors can expect to see returns after harvest of 6-25% between a 3-9 month period, depending on what farm type they choose. Having worked with close to 2,000 small scale farmers in Nigeria already, the vast majority of Farmcrowdy sponsors are based in Nigeria, whilst 10% are located in the US and UK.

Speaking at the venue in Lagos, Onyeka Akumah, the Chief Executive Officer (CEO) and Co-founder of Farmcrowdy noted that the idea is to connect farmers with sponsors, thereby increasing the number of lives impacted by the partnership.

According to Akumah, the organisation uses its platform to attract funds from sponsors who cannot do the farming themselves in order to empower farmers, boost food production and aid food sufficiency in the country.

His words: “We have about 38 million small-scale farmers in the country that are regarded as un-bankable; they lack adequate Agro-technology practice and access to a market for the farm produce.

“With our platform, we have been able to bridge these gaps by connecting people, who are interested in agriculture but lack the skill and time, to actually fund credible farmers. With the newly launched App which is currently on Google Play Store, it is even easier for investors to monitor farms they invested in.

“Even without being an investor, everyone can benefit from the App through information from experts on how to manage a backyard farm, as well as to monitor farms before deciding to sponsor any. It gives information on agriculture generally.”

He stressed that the platform, which currently operates in eight states, has about 4000 farmers and invested in poultry, maize, cassava, yam and soya beans produce.

According to him, about 1600 people in Akwa-Ibom have been impacted through the programme and about 1000 women trained on how to plant cassava in the state.

Speaking about risk management, Akumah, who assured investors of a viable partnership with Leaderway insurance, said that the platform derisked investors of the farms through insurance against uncontrollable natural disasters in order to build sustainability in the programme.

“A part of the agreement covers insurance of farms and the farmer. You cannot totally have control over everything that happens in agriculture but we try our best and also pray.

“The sharing formula is quite simple as we put investors and farmers first. We share the total income on the harvest by 40-40-20. Investors get 40%, farmers 40% and the other 20% is for Farmcrowdy.

On his part, a former Managing Director of Bank of Industry (BoI), Mr Rasheed Olaoluwa, urged the Federal Government to grant tax holidays to agro-tech companies to encourage their growth.

Olaoluwa urged the government to give tax incentives to emerging sectors such as agro-tech platforms to encourage their pioneering role in developing the agriculture sector.

“Within one year of operation, they have impacted over 1000 farmers directly, if you add the farmers’ wives and children, that is over 5000 people.

“If they are able to impact 1000 at this size, you are talking about impacting millions of lives as they grow. This is the type of start-up and business that government should be trying to encourage in order to have more participation and jobs in the agriculture space,” Olaoluwa noted.

According to him, using technology to drive agriculture will enable the country boost food production, build linkages between farmers and processors and enhance government’s diversification agenda.

In his testimony, Okon Archibong, the Managing Director of Archigreenland Farm in Ifo, Ogun State, noted that he started a poultry in 2001 with about 2600 birds. It did not do very well.

Observing that some of the challenges faced at his end are not connected to Farmcrowdy, Archibong advised investors to belive in the initiative’s ability to grow as a way to help farmers.

Mr Godwin Ejeh, the Supply Chain Manager, Syngenta, said that his company was in Nigeria to assist farmers with innovative crop solutions that would transform crop production to enrich farmers.

Ejeh said that the company was partnering Farmcrowdy to provide improved seedlings, knowledge transfer to farmers on best agricultural practice to change the country’s agriculture landscape.