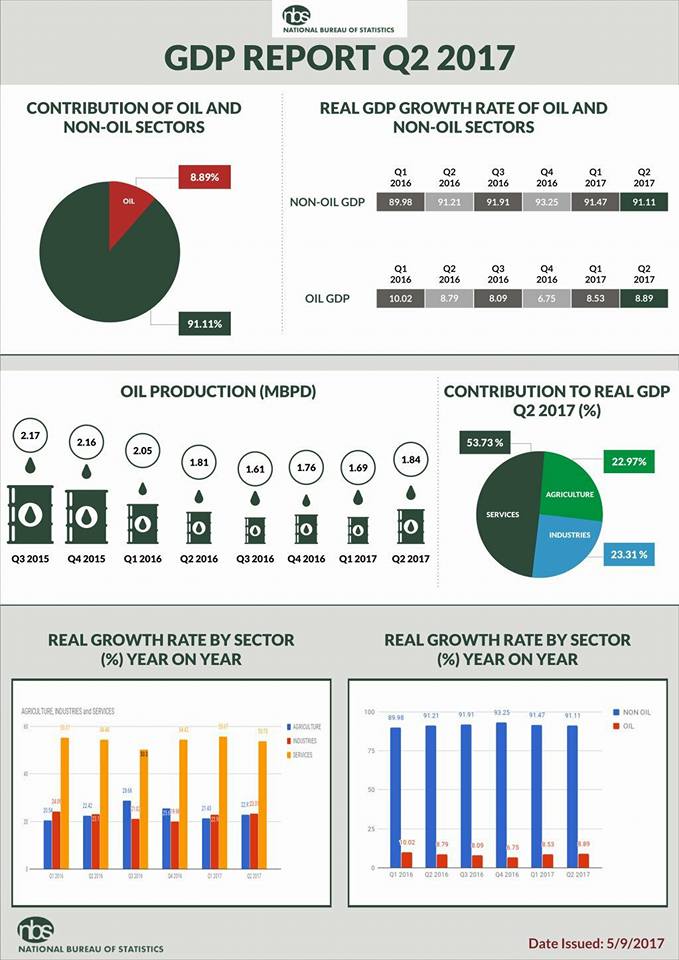 Nigeria is officially out of recession!

The National Bureau of Statistics today published the 2nd Quarter of 2017 GDP showing Nigeria is out of recession!

According to the report, Agriculture remains top on the Q2 2017 Sector Growth Chart.