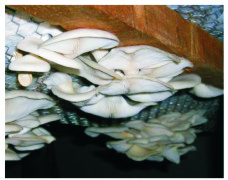 The King of Brass and first Governor of Rivers State, King Alfred Diete-Spiff, has said that Nigeria can make billions of dollars from mushroom cultivation.

He stated this yesterday in Abuja at the opening ceremony of the 2nd Daily Trust Agricultural Conference and Exhibition organised in partnership with Fihah Global Concept Ltd, Federal Ministry of Agriculture and Rural Development, Indorama and Olam.

King Diete-Spiff, who advocated household production of mushroom by Nigerians as is done in China, said all one needed to produce mushroom was the spawn which could be mass produced.

The king said he had formed a group known as the Mass Mushroom Developers Association to be registered soon and urged Nigerians to key in so as to promote the production of mushroom in the country.

He also lamented that Nigeria spent trillions of naira in importing fish though we could be a net exporter of fish, saying “God’s own fish farm is along the coastal areas and all we need are boats,” among others to go and harvest.

He urged farmers to get insurance for their farms because poachers destroyed farms leading to a lot of losses.

Also speaking at the event, a former governor of Akwa Ibom State, Obong Victor Attah, listed several problems of agriculture, which he said should be properly considered at the conference.