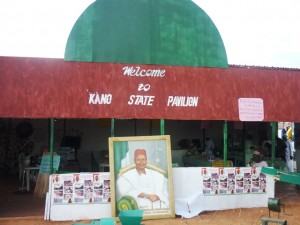 The Kano state government has trained 10,000 butchers on beef handling and sanitation, as well empowering each of them with N20, 000 through its empowerment scheme aimed at creating jobs for the teeming youths in the state.

At the graduation ceremony held at the Open Theatre, Government House, Governor Rabiu Musa Kwankwaso, said that the one week training was to furnish individual butchers with the new techniques of meat handling and inculcate in them the spirit of cleanness.

Governor Kwankwaso decried the present practice of selling beef in an unhygienic manner and at places of serious sanitary concern, which could pose danger to the health of the consumers, saying the recently signed consumer protection law, will safeguard people from purchasing contaminated meat among other goods.

He urged them to exhibit the immeasurable experience they acquired from the training and always remember that the good people of the state entrust them with their lives and should not take it for granted.

According to him, Islam has ordained its followers to be clean in their inner body and what their hands touch “the overall goal of the scheme is cleanness for the better health of the people.”

Kwankwaso stressed that “the decision of his government to ensure sanitised business environments was informed by his administrations concern to eradicate polio disease and other illnesses associated with filth and lack of will from all parts of the state.” 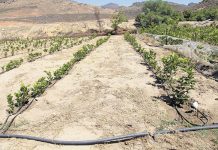