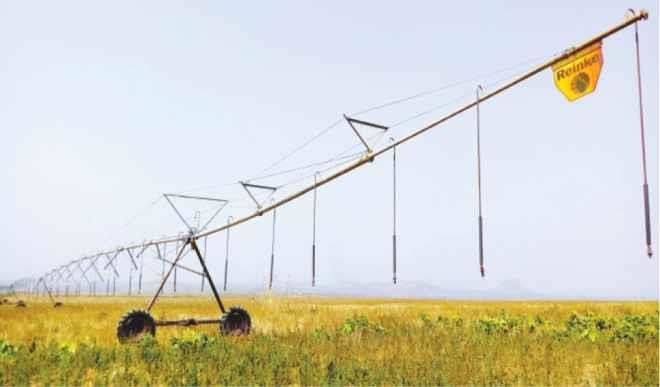 Irrigation activities at the Federal Government’s Gurara irrigation scheme located at Azara-Jere in Kagarko Local Government of Kaduna State is coming under constant threats by vandals  and other criminals.

Daily Trust discovered during a visit to the project site that theft of cables and other components of the motorized centre pivots and sprinklers has left majority of the systems non-functional.

Unlike in 2014 and 2015, when the site witnessed booming farming activities, one could see very few farms now because most of the water sprinklers have been vandalized.

Beside the issue of theft that has affected most of the system, farmers at the site are finding it difficult to break even because of the high cost of maintaining good soil fertility.

According to the farmers, the top soil, which was good for cultivation, was disturbed during the project construction leaving the inner soil that hardly supports crop cultivation.

Many farmers who attempted to cultivate the land had to give up after the first or second year as a result of poor yield resulting from soil depletion, large quantity of fertilizer needed and the high cost of maintaining good soil texture.

Abdulrahman Ibrahim Jere is a commercial farmer, from the Jere royal family, who along with a few others have continued to farm at the site despite the challenges.

In an interview with Daily Trust at his farm, he highlighted the enormity of the problems: “This project is about four years since the inception of the centre pivot, but we have some challenge. You can see most of the centre pivots have been vandalized.

“In 2013 you were here, now you can see that the activities here are a little bit low. They’ve stolen all the cables and generators. But we heard that the Federal Ministry of Water Resources is trying to see how it can fix them,” he said.

Daily Trust gathered that SCC Nigeria Limited, the company that constructed the project, provided the security for the facilities but withdrew its men after the project was handed over to the Federal Ministry of Water Resources.

Source told Daily Trust that the ministry also at some point employed security men to guard the equipment but stopped paying them and they left leaving security in the hands of the farmers who could hardly shoulder the responsibility.

Although the area is barricaded by men of the Civil Defence Corps, Alhaji Abdulrahman stressed that “that doesn’t change anything because the problem (theft) still persists.”

On the soil situation, the big-time farmer, said they spend a lot of money to put the soil in order, adding that many farmers left because the losses were too much for them to continue with the farming activities.

Idris Abdulkadir, another farmer, concurred stating that “most of the cables and parts in the centre pivots were stolen, and in some places the soil does not give good yield which is why many people after one year or two had to leave.”

The agro-irrigation project has 6,000 hectares of farmland which will accommodate both smallholder and commercial farmers when fully developed. It has potential of 12,000 hectares.

Source at the Federal Ministry of Water Resources said they were aware of the faulty equipment but assured that efforts were already on to fix them. 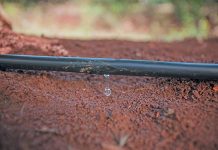 The main types of irrigation 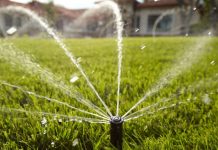