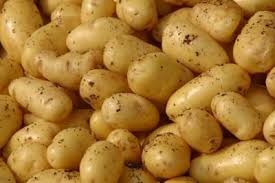 Although they’re soft and creamy enough to be put in pies and called dessert, sweet potatoes are also a surprisingly nutritious vegetable.

“Sweet potatoes are high in vitamin A, vitamin B5, B6, thiamin, niacin, riboflavin, and, due to their orange color, are high in carotenoids,” said San Diego-based nutritionist Laura Flores. Plus, they’re fat-free, relatively low in sodium and have fewer calories than white potatoes — although they do have more sugar.

Sweet potatoes are one of the best sources of vitamin A; a large one contains more than 100 percent of the daily recommended intake, according to the U.S. Food and Drug Administration. Vitamin A is an antioxidant powerhouse, and is linked to anti-aging benefits, cancer prevention and the maintenance of good eyesight, according to the National Institutes of Health.

Although the orange variety is the most common in the United States, sweet potatoes also come in white, yellow, pink and purple varieties, according to the Library of Congress. While the orange and yellow types contain the most vitamin A, the purple sort is an excellent way to get antioxidants.

Here are the nutrition facts for sweet potatoes, according to the U.S. Food and Drug Administration, which regulates food labeling through the National Labeling and Education Act:

So it’s clear that while sweet potato pie might be soul food, sweet potatoes themselves are a whole-body vegetable.

Sweet potatoes are a great source of B6 vitamins, which are brilliant at breaking down homocysteine, a substance that contributes to the hardening of blood vessels and arteries, according to the Harvard University School of Public Health. Sweet potatoes’ potassium content is also helpful for your heart, as it lowers blood pressure by maintaining fluid balance, as explained by the American Heart Association. Potassium is also an important electrolyte that helps regulate your heartbeat.

For as sweet as they are, sweet potatoes have a low glycemic index (which means they release sugar slowly into the bloodstream). “Sweet potatoes — unlike other starchy foods that elevate blood sugar rapidly after [they’re consumed] due to their metabolism into sugar — will help steady the levels of blood sugar,” Flores said. This means you won’t get blood-sugar spikes, but you will get a steady amount of energy. Flores noted that this regulation occurs even in people with type 2 diabetes.

Furthermore, the Beauregard sweet potato, an orange-skinned variety grown in North Carolina, is similar to a white-skinned variety used in Japan to make a dietary supplement called Caiapo, which is marketed to control blood glucose in people with diabetes, according to an article in Perspectives, the magazine of the College of Agriculture and Life Sciences at North Carolina State University.

Researchers have found that the Beauregard “has essentially the same protein patterns” as Caiapo. Therefore, consuming sweet potatoes, or extracts from sweet potatoes, may help control blood glucose, and may someday provide a less expensive treatment with fewer side effects, said Jon Allen, a professor of food science at North Carolina State University.

As if that weren’t sweet enough, sweet potatoes are a terrific source of manganese, according to the Linus Pauling Institute at Oregon State University. Manganese helps the body metabolize carbohydrates and thus maintain healthy blood sugar levels, and it can even stabilize your appetite. It also helps the body utilize antioxidants.

According to the Los Angeles Department of Public Health, sweet potatoes contain magnesium, the go-to mineral for destressing. It promotes relaxation, calmness and a good mood, as well as artery, blood, bone, muscle and nerve health, according to Psychology Today.

Vitamin A may help protect against sun damage, according to a 2004 study in the journal Clinical Cancer Research, and vitamins C and E are well-known for their beauty benefits. They encourage healthy, glowing skin and collagen growth.

According to the Cleveland Clinic, sweet potatoes are a good source of dietary fiber, which helps the body maintain a healthy digestive tract and regulates digestion.

“Orange sweet potatoes have been shown to have anti-carcinogenic properties,” Flores said, and the NIH reports that some studies have suggested that beta-carotene may reduce the risk of breast cancer in premenopausal women and ovarian cancer in postmenopausal women.

If eaten in moderation and prepared in a healthy way (that means not just indulging in sweet potato fries), sweet potatoes are a nutritious, delicious food that should pose no significant health risks. But for a vegetable, they are high in carbohydrates (about 23 grams per medium sweet potato) and calories (about 100 calories). For comparison, one serving of broccoli has about 45 calories.

They may also cause some interesting skin-related side effects. “While there aren’t any severe health problems associated with sweet potatoes, they are high in vitamin A, which the body stores,” Flores said. “When levels get too high, you may notice your skin and nails looking a little orange.” This side effect should decrease if you cut down on sweet potato consumption.

According to the Mayo Clinic, people with a history of kidney stones may want to avoid eating too many sweet potatoes, as the vegetable contains oxalate, which contributes to the forming of calcium-oxalate kidney stones.

Sweet potatoes and yams are often used interchangeably in recipes, but they are quite different and are not even related botanically. Sweet potatoes are members of the morning glory family, while yams are closely related to lilies and grasses. Yams are native to Africa and Asia, and there are more than 600 varieties. Compared to sweet potatoes, yams are starchier and drier.

Why the confusion? According to the Library of Congress website Everyday Mysteries, sweet potato varieties are classified as either “firm” or “soft.” In the United States, the firm varieties came first. When soft varieties were first grown commercially, there was a need to differentiate the two kinds. African slaves had been calling the soft sweet potatoes “yams” because they resembled the yams they knew in Africa. Today, the U.S. Department of Agriculture requires labels with the term “yam” to be accompanied by the term “sweet potato.” Unless you are specifically searching for yams, which can be found in international markets, you are probably eating sweet potatoes!

Sweet potatoes have more powerful nutritional benefits than yams do. Sweet potatoes and yams are both healthy foods, and they look similar. Sweet potatoes, however, have higher concentrations of most nutrients and more fiber.

Some facts and history about sweet potatoes, according to the Wisconsin Department of Public Education and SweetPotatoes.com:

Sweet potatoes are native to Central and South America and have been grown for at least 10,000 years.

Christopher Columbus took sweet potatoes to Europe after his first voyage to the New World in 1492.

By the 16th century, Spanish and Portuguese explorers had taken sweet potatoes to the Philippines and to Africa, India, Indonesia and southern Asia. Around this same time, sweet potatoes began to be cultivated in the southern United States.

China grows about 80 million tons of sweet potatoes each year, Africa produces about 14 million tons, Central and South America churn out about 2 million tons and the United States harvests about 1 million tons. 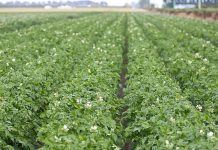 How to sample soil for potato cyst nematodes 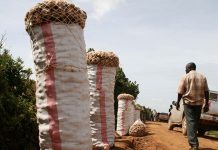