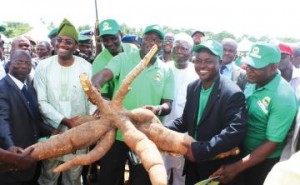 The bio-fortified cassava which is rich in vitamin A is becoming widespread in Africa, driven by increasing awareness of its health and nutritional benefits, the variety is changing the description of cassava – a root crop often referred to as ‘Africa’s best kept secret’.

Popularly called yellow cassava, vitamin A cassava was bred by a coalition of partners, including International Institute of Tropical Agriculture (IITA), National Root Crops Research Institute (NRCRI), Umudike and the International Centre for Tropical Agriculture (CIAT) in 2011.
Consumed by over 300 million people in Africa, the root crop’s nutritional value and role in farming systems is witnessing renewed focus in research across the continent.
Vitamin A deficiency is a malady in Nigeria affecting about 20 percent of pregnant women and 30 percent of children under 5 years; elsewhere in Africa the statistics are no better. A lack of or a deficiency of vitamin A lowers immunity and impairs vision. This can lead to blindness and even death.
John Uruakpa, a director with the Federal Ministry of Health (Micronutrient Deficiency Control), said: “We are glad that HarvestPlus is complementing our efforts to address vitamin A deficiency.”
He was optimistic that the adoption and consumption of the yellow cassava variety would give a further push to ongoing efforts to address vitamin A deficiency.
Current efforts besides bio-fortification include the fortification of commodities such as flour and sugar, promotion of dietary diversity, and the use of supplements (drugs).
Paul Ilona, Country Manager, HarvestPlus Nigeria, estimated that about two billion people suffer from hidden hunger in which vitamin A is an integral part.
He said that HarvestPlus and its partners were working on several staples to address hidden hunger, adding that in general the organisation had worked with partners to release bio-fortified crops in 27 countries including those in Africa, Asia, and Latin America. 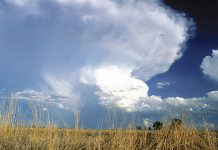 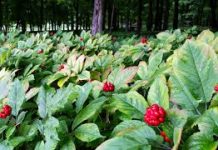 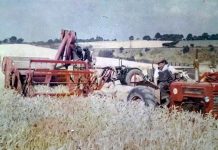