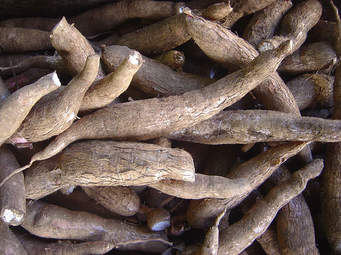 The African Agricultural Technology Foundation (AATF) has raised alarm that though Nigeria is the highest grower of cassava in the world, it has a zero value chain for the produce.

Therefore, AATF’s Communication and Partnership Officer for West Africa, Mr. Abu Umar, cautioned that until the government found a solution to the value chain of cassava and other challenges facing cassava farmers, the agricultural sector would not develop.

His warning came even as cassava growers in Kogi State, one of the top producing states in the country, said they had recorded bumper harvest this year.

Umar was speaking at the recent stakeholders meeting on cassava in Abeokuta, capital of Ogun State, organised by the state’s Ministry of Rural Development, in collaboration with the International Fund for Agricultural Development (IFAD), an international financial institution and a specialised agency of the United Nations dedicated to eradicating poverty and hunger in rural areas of developing countries, and the Federal Government of Nigeria, under AATF’s Cassava Mechanisation and Agro-processing Project (CAMAP). He lamented that Nigeria’s cassava did not bring any value to the international market.

“Nigeria is doing well. The truth is, around the world, Nigeria is the highest grower of cassava and the only challenge is that in terms of value, we are zero. We don’t bring much value on the international market.”

Umar pointed that there were so many opportunities that the country could tap from full scale cassava production through the use of modern equipment, but lamented that the nation was not doing that.

He identified some of the challenges facing cassava farmers in the country to include lack of arable land, modern equipment, farmers’ linkage and good road network to transfer their goods.

Ogun State Deputy Governor, Mrs. Yetunde Onanuga, described cassava as a modern gold and the catalyst for the nation’s agricultural revival. She said, “Cassava, as we all know, is a farm produce that has various end products that can lead Nigeria and Africa out of our present economic quagmire.”

Onanuga, who was represented by the Permanent Secretary of the state’s Ministry of Rural Development, Rev. Olugbenle Olugbebi, said the state had given cassava top priority in its agricultural policies and plans.

Meanwhile, farmers in Kogi State who are into cassava production under the Fadama III Additional Financing Programme have expressed delight over the bumper harvests recorded this year.

A cross-section of farmers, who spoke to Daily Trust, said there was great improvement in cassava yield this year compared to previous years.

The cluster Chairman of Ogoluwa Group in Odo-Ape Farm in Kabba-Bunu Local Government Area, Mr. Olorunyomi Adeniyi Jethro, could not hide his joy over the harvest from his cassava plot.

Adeniyi said he had so far harvested about nine truckloads from his one-hectare cassava farm which he said was equivalent to about 30 tonnes.

He said farmers were making good sales from their harvest, adding that a truckload of cassava was currently being sold at the cost of N70,000.

He said farmers did not have much challenge selling their cassava, adding that buyers usually came from Edo State.

“The entire farm is 100 hectares. We have 10 groups of 10 members each. We realised a bumper harvest of cassava this year and all of us are very happy.

“The harvest is very good. We would be happy if the federal and state governments continue to support us in boosting cassava production, especially in the area of land clearing.

“This is the best way government can empower people because, if they give money for p

eople to share, it cannot last, but this one can give us a sustainable livelihood, he said.

Isaac said he was able to harvest about six Diana truckloads from his plot, adding that, “It would have been more than that but the water-logged nature of my own plot affected the yield.” 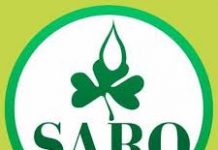 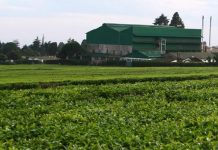