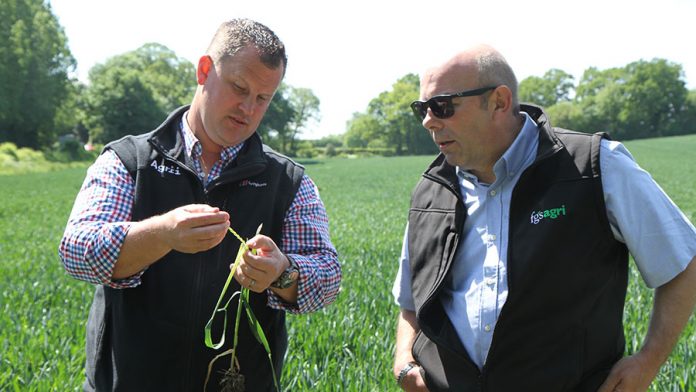 One Kent wheat grower will be applying his T2 flag leaf fungicide spray this season just two weeks after an earlier spray, which was delayed because of poor weather.

Arable farm manager Terry Metson was only able to complete his T1 fungicide application on his first and second wheats just over a week ago after wet weather dragged spraying out over 10 days.

But rather than delay his T2 spray to maintain the usual three-week gap, he will go in with his next application after just two weeks.

At present, flag leaf emergence on the farm varies between being fully out on varieties drilled first, to just 50% on those drilled later.

Mr Metson and his agronomist Neil Harper from advisory group Agrii considered not using an SDHI at T1, but then decided to stick to a robust application to clean up moderate amounts of septoria in the bottom of the crop, with mildew also being present.

Three different combinations of an SDHI with an azole and chlorothalonil were used at T1, depending on variety and location.

Because of the level of investment in the T1 application, Mr Harper is keen to get two weeks’ worth of protection from it, but if the weather changes and rain is forecast, spraying will commence this week rather than next.

“There is no blueprint for what you should do. It’s important to be adaptable this season and make decisions on a farm-by-farm, site-by-site basis,” he says..

“Decisions must be based on what you see in the field – you can’t do it from the office table.”

As Kent is a high-risk area for brown rust, two azoles will be used with the SDHI solatenol on susceptible varieties such as Crusoe. A mix of fluxapyroxad (Imtrex), the azole epoxiconazole and chlorothalonil used on the rest.

Mr Metson manages 809ha of arable cropping for FGS Agri at Pluckley, near Ashford, Kent, on a rotation of two wheats, oilseed rape, another two wheats, followed by either beans, maize or spring oats as a break crop.

He typically achieves between 9-9.5t/ha from his first wheats on variable soils ranging from pure sand to loamy clay.

‘Land reform: SA needs to learn from other African examples’ 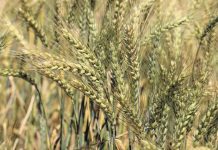 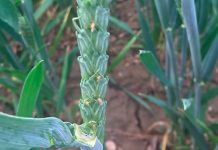 Showers may raise threat to wheat crops from diseases and pests