The Secretary, Onion Farmers Association of Nigeria, Alhaji Aliyu Umar, has said that from April to August this year, onion farmers in Sokoto State have sold onions worth N4 billion.

Umar made this known during the planting of high yielding onion seedlings at Tunga village in Rabba Local Government Area of Sokoto State.

He suggested that Nigeria should pay more attention to agriculture to fast track the revival of the nation’s economy.

The Secretary commended the Federal Government on its commitment to transform the nation’s economy through the Central Bank of Nigeria (CBN) Anchor Borrower Scheme.

He said that the intervention has uplifted the standard of onion farming from subsistent to large scale.

“I want you to know that there is great potential and opportunity in the onion value chain.

“Sokoto happened to be the largest producer of onion. From April to August this year, we sold onion worth four billion.

“Coronavirus pandemic and recent flood that have affected investment into the onion value chain did not stop us,” he said.

Umar, however, called for more investments in the onion value chain to boost the nation’s economy.

Farouk said the planting of new onion seeds was aimed at improving onion production among farming communities by providing them with high yielding seeds and other support.

He described agriculture as a major tool to fight poverty and provide jobs for the teaming unemployed youth in Nigeria.

He added that the programme was aimed at bridging the gap between consumption and production, in order to have surplus for export.

“With this programme we hope to bridge the gap between production of onions in Nigeria, which stands at about 1.4 million metric tons per annum.

According to him, the market for onion is vast, as countries like Niger, Ghana, Burkina Faso and Cote d’Ivoire depend on Nigeria for their supply of onions.

It is, therefore, imperative for onion farmers in Nigeria to do more to exploits the market and bring in more foreign exchange to Nigeria, Farouk said.

In his remark, Mr Danjuma Ibrahim, Chairman of DAWI Farms, coordinating the onion component of the anchor borrower programme, called on the farmers to embrace the opportunity to raise their production. (NAN) 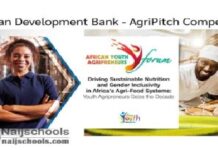 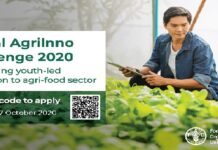 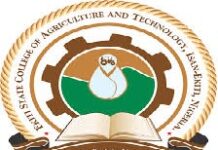