A set of guidelines has been developed to reduce soil erosion by planting vegetation in desertification hotspots. Farmers and policymakers can use the guidelines to identify the most suitable places to plant vegetation in the channels where water and sediment move through the landscape.

Land degradation through desertification typically occurs in vulnerable, semi-dry areas. As a result of degradation processes, soil is eroded, its quality deteriorates and vegetation cover is lost.

When intense seasonal rainfall does occur, water tends to flow down the bare landscape, rather than soaking into the ground. The soil is thus further eroded, reservoirs become silted up, and rills (small channels) and gullies (deep channels) are created which further funnel the water, potentially leading to flooding.

Planting vegetation in areas prone to desertification is a recognised way of controlling soil erosion and preventing sediments being washed away in flowing water. Researchers funded under the EU RECONDES project, have produced practical guidelines that can be used by land managers, farmers and policymakers in Mediterranean and semi-arid environments to identify the best locations and plants for halting soil erosion and mitigate desertification.

Using the guidelines, flow pathways or connections in the landscape, including hotspots (e.g. gullies in the landscape where the greatest erosion occurs), are identified by field work and from satellite images or aerial photographs. Plants that grow locally are then identified and the most suitable plants, especially for erosion hotspots, are selected and established in the flow pathways to halt the transport of sediment down the catchment.

The research leading to development of the guidelines was mainly undertaken in south-east Spain, one of the driest areas of the Mediterranean. Problems were identified, for example, on reforested land, where mainly coniferous trees have been planted on terraces to reduce erosion.

However, where the terraces have not been adequately constructed and are not at a right angle to the slope, concentrated flow lines down the slope have developed. In addition, where terrace structures have not been maintained and have collapsed, gullies have formed and become erosion hotspots.

Plant species growing naturally in the reforested areas were identified and mapped and various methods, such as laboratory germination tests, were used to determine the most appropriate conditions to ensure growth and survival of plants selected for growing in flow pathways.

Plants with good root systems, such as grasses (e.g. Stipa tenacissima), together with deeper rooted shrubs were considered good choices to plant in locations identified as hotspots, including where gullies and rills originate.

The study also investigated other types of land use where the developed guidelines can reduce erosion and the flow of sediments down the catchment area,including croplands and orchards, abandoned land, hillslopes and gullies, and channels. Overall, the research provides a spatial strategy for implementing erosion control using indigenous vegetation.

The benefits of this approach include minimizing the amount of land used by targeting erosion hotspots, which leaves sufficient land for other purposes, such as growing crops. In addition, vegetation can be selected that is suited to local conditions, including those plants that are tolerant to droughts and floods. 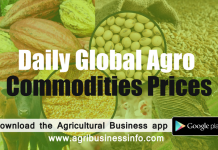 Why You Need to Keep Farm Records