It is obvious to Nigerians that food production and self-sufficiency of the country requires urgent government action, President Muhammadu Buhari has said.

Buhari made the observation on Monday at the opening of the National Economic Council’s economic retreat held inside the old Banquet Hall of the Presidential Villa, Abuja.

He expressed regrets that the government policies on agriculture have been half-hearted and inconsistent.

He said, “For too long, government policies on agriculture have been half-hearted, suffering from inconsistencies and discontinuities.

“Yet our real wealth is in farming, livestock, hatcheries, fishery, horticulture and forestry.

“From the information available to me, the issues worrying the public today are: rising food prices, such as maize, corn, rice and gari; lack of visible impact of government presence on agriculture; and lack of agricultural inputs at affordable prices.

“Cost of fertilizers, pesticide and labour compound the problems of farming. Extension services are virtually absent in several states.

“Imports of subsidised food products such as rice and poultry discourage the growth of domestic agriculture.

“Wastage of locally grown foods notably fruit and vegetables which go bad due to lack of even moderate scale agro-processing factories and lack of feeder roads.

“These problems I have enumerated are by no means exhaustive and some of the solutions I am putting forward are not necessarily the final word on our agricultural reform objectives.”

Buhari said the Ministry of Agriculture in collaboration with the states should convene early meetings of stakeholders and identify issues with a view to addressing them as well as inform the public in all print and electronic media on government efforts to increase local food production to dampen escalating food prices.

He added that banks should be leaned upon to substantially increase their lending to the agricultural sector while the Central Bank of Nigeria should bear part of the risk of such loans as a matter of national policy.

According to the President, states should increase their financial support through community groups while the appropriate approach should be through leaders of community groups such as farmers’ cooperatives.

He also called on state governments to provide feeder roads to enable more effective evacuation of produce to markets and processing factories.

“When I was a schoolboy in the 1950’s, the country produced one million tons of groundnuts in two successive years. The country’s main foreign exchange earners were groundnut, cotton, cocoa, palm kernel, rubber and all agro/forest resources.

“Regional Banks and Development Corporations in all the three regions were financed from farm surpluses.

“In other words, our capital formation rode on the backs of our farmers. Why was farming so successful 60 years ago? The answers are simple: access to small scale credits, inputs (fertilizers, herbicides etc) and extension services.

“Now we have better tools, better agricultural science and technology, and greater ability to process. With determination we can succeed,” the president said. 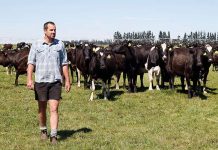