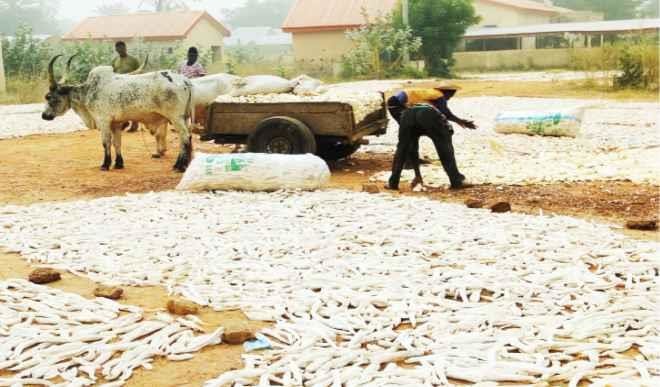 The quantum of cassava production in Kila, Gwaram Local Government Area of Jigawa State will surprise any first time visitor – it is cassava everywhere.

However, with the state government’s processing company for garri, cassava flour and starch now comatose, the farmers’ effort at processing their produce under good, modern practices has been hampered.

But the Agricultural Transformation Agenda Support Programme Phase One (ATASP-1) programme, a joint 5-year project of the Federal Government and African Development Bank is intervening with processing equipment through its innovation platform approach so that more money gets to the farmers’ for their effort.

The farmer’s group, which has about 1,250 members cultivating about 500 hectares of cassava, lacks the basic training to process high quality cassava flour and garri for the Nigerian market.

The secretary of the platform, Alhaji Danladi Isa, stressed that the project intervention would help not only the famers, but even the state cassava company, which would bounce back to life again.

So far, some processing machines have been supplied to the farmers and drying slabs, which would help them to adopt a more hygienic process, are underway while some of the farmers have been trained on good agronomic practices.

Hajiya Rukayya Saidu, Women Leader, Cassava Processors told Daily Trust that they now have a better approach to cassava processing, adding that “the project is doing commendable work in training the farmers and the processors.”

At Farin Dutse, 18-year-old Safiya Musa was trained on cassava seed multiplication in Abuja and Ibadan by IITA through ATASP-1and already producing in her one hectare farm – a very unusual achievement among her peers in the area.

Although Safiya is still pursuing her secondary school education, she appears to be very happy with the cassava seed production job which, according to her, will enable her make money to take care of her school fees and assist her parents.

Back to Dutse, the Jigawa State capital, the reporter met the 44-year-old fabricator, Khamisu Yahaya, whose capacity was built by ATASP-1.

A father of 24 children, Yahaya can design numerous types of processing machines for farmers, which include multi-crop threshers of various capacities, rice harvesters, and planters. He is already coming up with more agro processing machines, he said.

In Kano, ATASP-1 has arranged with Popular Farms and Mills Ltd in Challawa to off-take the rice produced by farmers under the programme across the Kano-Jigawa zone.

Sudhansu Ray, manager in charge of agriculture in Popular Farms and Mills said about 600 farmers’ cooperatives across the zone were registered under the arrangement, which will supply rice to its newly upgraded automated state-of-the-art 150,000mt capacity mill.

Speaking  on the arrangement, Sanusi Mohammed, the ATASP-1 Zonal Business Development Officer, said the deal with the milling giant was to ensure farmers under the project have a more sustainable market, adding that aggregation centres were being built to grade all the rice and sorghum so that farmers got value for their efforts.

A similar arrangement has been done with the Northern Nigeria Flour Mills, Kano to off-take about 100,000 tonnes of sorghum annually.

Also, to ensure that farmers under the project get inputs (fertilizer) promptly, the programme arranged with the Kano State Agricultural Supply Company (KASCO) to supply fertilizer to the farmers at even much cheaper rate than the Federal Government’s recommended price of N5,500.

Across to Bunkure Local Government Area, several women have been trained in agricultural product development and they are already making money by coming up with various products through value addition to rice, cassava and sorghum.

Talatu Idi, 45, said, “we are so happy that ATASP-1 built a market for us. This is something we women here are so proud of”, adding that she has received training on how to make rice milk, rice noodles and doughnuts as part of product development capacity building.

The mother of eight said she was able to generate more money and send her children to school because apart from farming, the training taught her many things about making more money.

Like her, Ladiyo Garba who is five years younger with seven children told Daily Trust that she was also able to step-down the training to other women in her community adding “I am able to generate money to take care of my needs and that of my household.”

In Kebbi-Sokoto zone, the programme is executing several rice, sorghum and rural infrastructure (schools in Tukurwa community, Dandi LGA, clinics in Sabon Tunga, Suru LGA, water projects, markets for rice and sorghum) across many communities to strengthen smallholder farmers in the two states.

Hajiya Kulu Umaru Bagobiri who produces sorghum told this reporter that the varieties have improved her yield by over 100% – from 15 bundles to 35. She has also been able to own two camels and two cows estimated at about N400,000.

Similarly, Kabiru Kawara, 50, told this reporter in Kawara, Suru LGA, Kebbi that the training he received on GAP planting technology has improved his yield with the adoption of Faro 44 and 51 varieties in his 10-hectare farm.

If the impact the programme has made in Jigawa, Kano, Kebbi and Sokoto states is sustained, with states paying their counterpart fund regularly, many more smallholder farmers and communities will benefit significantly. 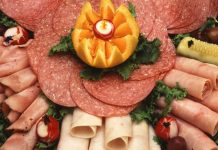 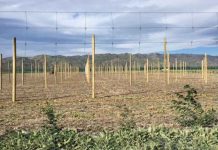 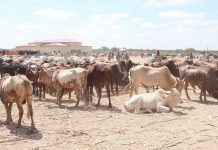